"Anonymous" historically was a Woman

At the risk of getting on the wrong side of the law and/or of dangerous vigilantes, I'm wondering aloud if the hackers from "Anonymous" are eco-feminists (whether they know it or not). "Anonymous" helped get the Steubenville rapists convicted. And now they've hacked private information about executives who profit from the dolphin and whaling industries.

I admit, the saddest thing I ever saw was a dolphin alone in a swimming pool in Florida, an inflatable toy his only companion. Then I saw one in a holding tank at the Hilton in Kona, salve on his head because the regular pool wasn't deep enough for him to avoid a sunburn. 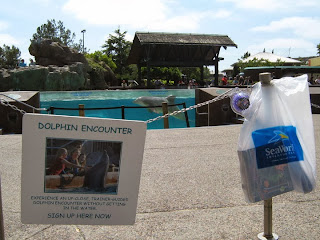 At the very least, pack animals need to be together.

Some humans are loners. What about hackers? I know almost nothing about "Anonymous." In a world clammering for fame and celebrities, they usually remain nameless... yet are willing to go to prison to bring a little more justice to victims. This is the sort of selflessness usually contained to mothering. As Virginia Woolf said, “For most of history, Anonymous was a woman.” It is quintessentially feminine to sacrifice yourself for the good of others, especially when you don't even know who benefits. Yes, Saint Francis was a man. But you know what I'm talking about. (Hi, Mom!)

The Fanged Wilds and Women Program empowers women to tap into that urge to do good, even when it puts you at risk. You dislike attention? Let's offer each other moral support to be brave and escape all confinement.

Do cetaceans have anything to do with sexism? SeaWorld executives blamed the ponytail of the trainer, Dawn Brancheau, when the orca pulled her to her death. Sexism is a ready dodge for the guilty: anything girlish - like a ponytail - implies incompetence, right? (Wink, wink.) Just like a rape victim asked for it.

I called them "dangerous vigilantes" above; but, in truth, Anonymous hackers are only a danger to themselves. The wealthy SeaWorld corporate lackies are inconvenienced by a data breech. They may deserve jail, but won't get it. And they won't have their children taken from them, enslaved, and made to jump on cue.

Helpless creatures exploited for our entertainment and greed are similar to rape survivors. What makes animals less important than humans is that they can't sign a petition or hack computers. Animals are not even good at hacking each other.

Fanged Wilds and Women Program is a 501c3 Tax-Exempt Organization
Posted by VC Bestor at 6:31 AM